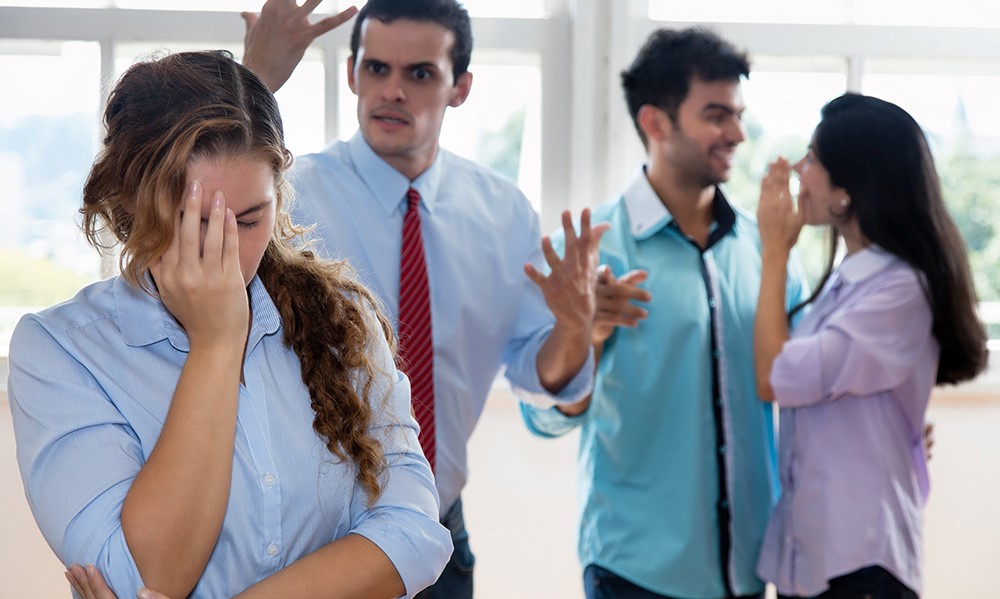 Bullying is a problem that exists in many environments, including workplaces, and inflicts harm on the target through the use of harassment, threats, intimidation, humiliation, or sabotage. It is damaging and often occurs over a long period of time. It is typically one person versus another. When it is a group targeting a single person, that is referred to as mobbing and has been called “bullying on steroids.”

It is not exactly a new phenomenon. Psychologist and academic Heinz Leymann was known for his work on mobbing, and in 1990, wrote that its existence in workplaces had recently been discovered. Before that, the term had been used by zoologist Konrad Lorenz (more on him later), and physician Peter-Paul Heinemann to describe group bullying against a child. While it is not new, some say it is increasing in frequency.

Cultural anthropologist Janice Harper says that workplace mobbing begins when an employee angers another employee, typically one in a position of power or influence. It could be a small thing – a disagreement over an opinion – or a larger issue, like someone lodging a formal complaint against someone else.

Now, there is a reason to label that employee as an ‘other,’ to note they differ from the rest of the group.

Harper also writes in Mobbed!: What To Do When They Really Are Out To Get You that the targets are often “marked early on as somehow different.” It could be because of race, gender, illness, age, politics, religion, or any number of things that set them apart from other people in the organization.

Audrey Murrell, director of the David Berg Center for Ethics and Leadership, suggests “top performers” are often targeted. Murrell cites a study by Melville Dalton from the 1940s where top performers were viewed as “rate busters” and targeted because they produced more than the rest of the group and did not adhere to an agreement to underperform.

The target might not notice what is happening at first, Harper says, because conversations could be happening with other employees behind closed doors that frame the target as the “troublemaker” and “concern” may be expressed for co-workers who have been dragged into it. They may even be labelled as a bully.

In a piece for University Affairs, Professor Eve Seguin says this allegation is particularly “strategic because it transforms aggression into mock justice, making it possible to involve individuals in the campaign who would otherwise stay on the sidelines.”

In Overcoming Mobbing, authors Maureen Duffy and Len Sperry explain the differences between bullying and mobbing.

This is an excerpt from Velsoft’s latest softskills course release: Mobbing in the Workplace.