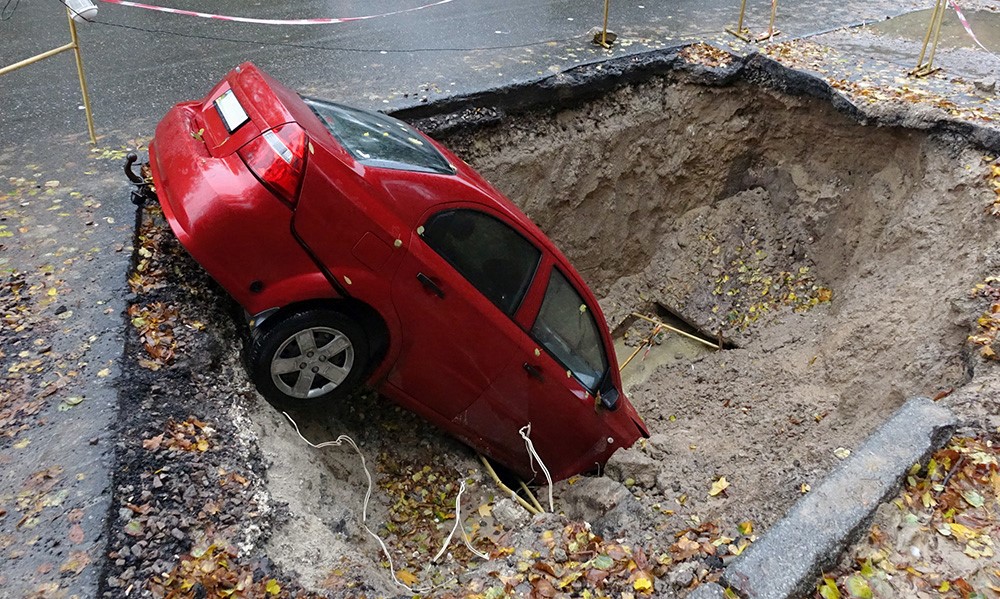 Why fake news is so dangerous

I remember reading a newspaper story years ago about a car getting swallowed up by a giant pothole in the community where I lived. Along with the story was a photo of a small car in the crater-like hole in the middle of the road. Turning the page, I discovered that it was a fictional report — an April Fool’s Day joke — with Photoshop used to make the phony image.

Although untrue, the April 1 story isn’t considered to be fake news. That’s because April Fool’s Day jokes are intended to be humorous and harmless, while the purpose of fake news is to cause harm, deceive or manipulate.

While it’s been around for ages, fake news has become more prevalent as internet use becomes more extensive, with a reach that’s much wider and faster than that of the more established forms of media.

And this is one of the reasons why fake news is so dangerous.

Aidan White, director of the Ethical Journalism Network, writes in the Green European Journal that the instantaneous coverage provided by the internet has left the door open to “unscrupulous communication” by groups only interested in their own agenda, not public interest.

White also says fake news is a threat to democratic governments. “Information is obviously vital to democracy – so attempts to undermine the public stream of information necessary to inform citizens also undermine democracy. When it’s no longer clear what’s false and what’s true, people begin to lose confidence in the political process, which is a serious danger to societies built on democratic pluralism – the fabric of democratic societies is tested and weakened.”

A 2018 Mozilla internet health report says: “Online misinformation is a major threat to the health of the internet and all of the societies it touches because of the potential for political disorder, undermining of the truth, hatred and rumors that spread in conflict or disasters.”

Additionally, what’s dangerous about fake news is when people take action based on something they’ve read that’s false.

In India, rumors spread on the internet about a group of men allegedly abducting children caused a mob to murder seven innocent people. In the same country, messages communicated through WhatsApp and Facebook hindered a public health initiative to immunize against measles and rubella because of false claims that the drive was part of an international conspiracy to shrink the population.

Conspiracy theory posts by InfoWars’ Alex Jones about a child sex-slave ring he said was operated by Hillary Clinton prompted Edgar Maddison Welch to fire a gun at a pizza restaurant in Washington, D.C. in an attempt to rescue children he thought were being held there. There was no sex ring, and luckily no one was hurt during the incident, but it could have had a deadly outcome.

Fake news is also often used to discredit political opponents or harm the reputation of competitors in the business world.

A Financial Times article called “Companies scramble to combat ‘fake news’” describes how Starbucks was a victim of the phenomenon when a messaging board user sought to “cripple the business a bit” by spreading false information that the company was giving out free frappuccinos to undocumented migrants in the United States.

In the article, Brooke Binkowski, managing editor of fact-checking website Snopes, notes that fake news “hurts businesses financially and it also makes things toxic for them by destroying trust and creating an atmosphere in which people don’t know who they can trust.”

Alva Group, which collects and analyzes information regarding stakeholder sentiment, reports that Pepsi’s stock prices fell significantly and its was reputation was damaged after fake quotes were disseminated saying that the company’s CEO told newly elected U.S. President Donald Trump supporters to “take their business elsewhere” and as a result they threatened to boycott the brand.

“By analyzing the response to Pepsi’s fake news experience, it is clear that companies can experience significant reputational and financial damage from fake news,” an Alva blog stated.

Harvard Business Review says: “False information can distort virtually any aspect of running a business: It can misalign investments; reduce returns; and derail demand forecasts, inventory models, and planning. It can also damage reputations (and with them market valuations).”

In this environment, it’s important for businesses to learn how to recognize fake news and combat it if necessary, and Velsoft’s latest softskills course, Identifying and Combatting Fake News helps with that.

The course teaches how to avoid being duped by fake news, and what to do if you become a victim of it.

The reality is that fake news is out there and it will continue to cause damage. So be prepared for it, and don’t fall into the trap of retweeting that post about a restaurant selling human meat. For a London restaurant, a bogus story caused a huge loss of business after a fake news website reported just that.