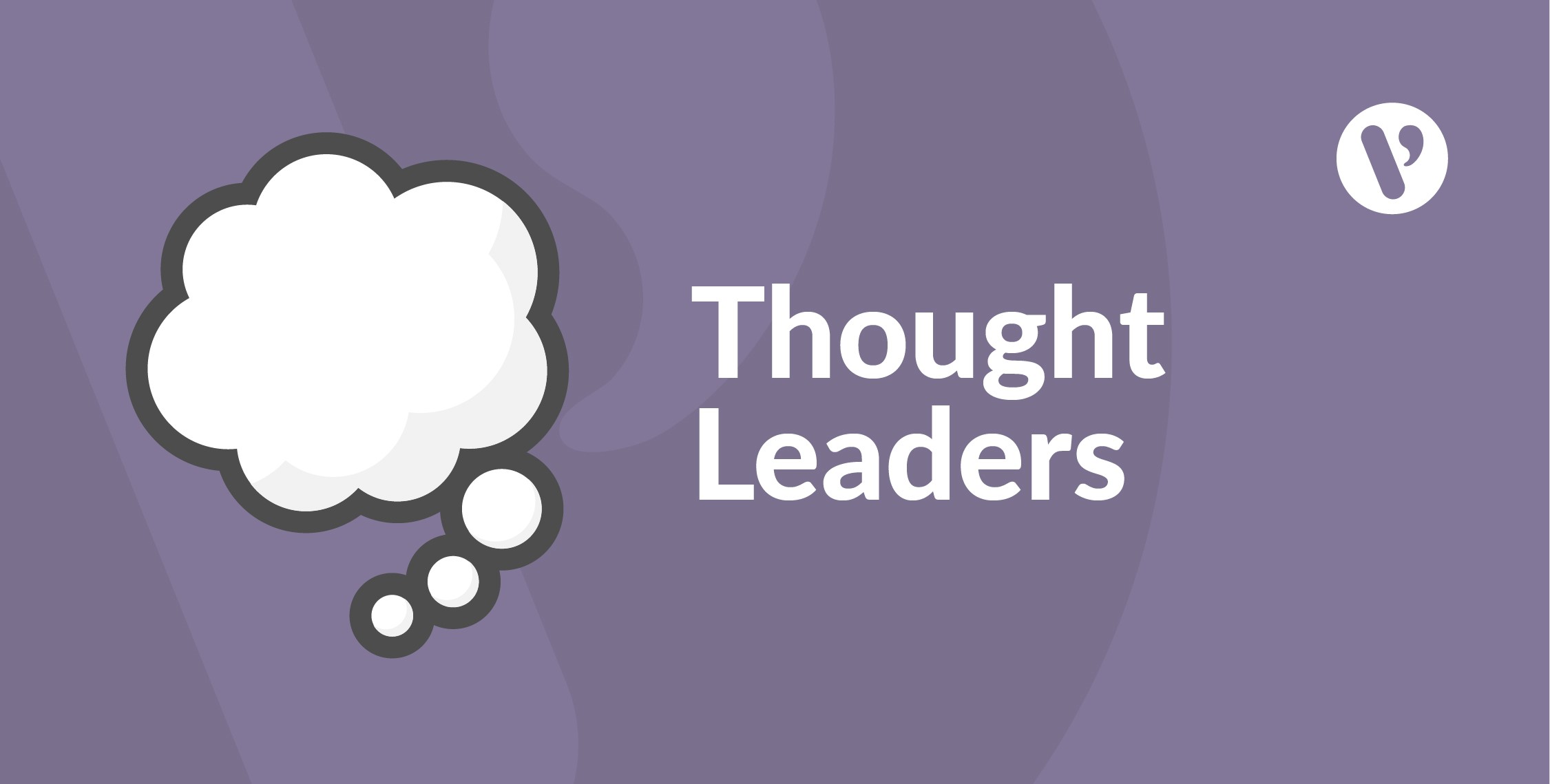 Education professor Michael Welton, true to his Habermasian roots, sees society through a ‘learning lens’ and puts dialogue at the centre of his critical perspectives of adult education. Unlike the traditionalists who emphasized specific content knowledge learned in institutional settings, Welton sees the power of cultural conversation and holds that “all of society is a vast school” (Welton, p134).

There are too many excellent points brought out by Welton to defend his views, both from German sociologist Jurgen Habermas and his wide array of supporters, to cover in a short piece such as this.  I will, therefore, concentrate on the ideas contained in one section of his book In Defense of the Lifeworld: Critical Perspectives on Adult Learning — a short passage entitled in Defense of the Lifeworld.  I will look at the extremely interesting notion that the lifeworld must struggle within the system itself, or as Welton says (quoting Aranto and Cohen) “we must search for receptors for societal influence within the belly of the whale, as it were.” (Welton, p152) I will then explore the tenets of Welton’s argument as someone who is presently living in the belly of the whale.

Within the Belly of the Whale

Welton feels citizens of the lifeworld have been severely disempowered, that as consumers and clients they are merely players of the system.  This system colonization of the lifeworld brings with it: “several disturbing pathological conditions: personalities are destabilized, sources of meaning dry up, and communal bonds erode. Those with money and power stave off [this] despair and lifeworld disintegration through the compensations of the commodified good life.” (Welton, p148)

In this confrontation of system and lifeworld, what are the challenges for adult educators?

Welton outlines that they must “assist in creating developmental, learning-centred, and emancipatory institutions within which individuals can find purpose and identity.” (Welton, p148) He goes on to say that the human individualization process must not be blocked.  An example of blockage can be seen in the ever-increasing notion of work for survival or, as Welton puts it, ‘work of necessity’ for ‘liberation from hunger and misery’.

Welton, however, departs from what some feel to be true Habermas theory by posing the possibility that the workplace could still be a site for emancipatory learning.  He talks of emancipatory reflective moments found within the framework of the workplace.  He feels this provides us with our true mission as adult educators: “to argue and struggle for workplaces that open up spaces for non-coerced, free communications pertaining to the organization, control, and purposes of work.” (Welton, p152)

Welton admits that it will not be easy, and there are only certain cases where this might occur, such as workplaces requiring “increasingly complex forms of knowledge and call for the exercise of autonomy and collective responsibility.” (Welton, p152)

A second task facing critical adult educators: “Is to work for new, communicative relationships between professionals and their clients.  The professions, many of which are in crisis, still retain a stock of ethical commitment to serve others without being driven by the imperative of making money.  They are not totally instrumentalized.” (Welton, p152)

Welton is calling for us to rethink the way we view work.  It is necessary to ensure that worklife does not result in the loss of people’s ‘dialogue chances’.  Welton reiterates American educator Eduard Lindeman’s belief in ‘intelligent participation’ to provide for large numbers of people who are able to give voice to the lifeworld.  This results in critical educators being involved in the politics of inclusion, influence and reform.

A View from Within the Belly of the Whale

I will give input on two themes:

Adult educators (in the broadest sense) within institutions, whether they be educational or corporate, must receive a critically oriented education if they are to take a leadership role in creating emancipatory education.  Formal settings are necessary to provide the initial directed formation, however, with the blatant corporatization of our institutes of higher learning and the resultant commodification of education, there is a void developing which could close many of the spaces of critical reflection. It is imperative that the critical-minded educators who reside in these corporatizing institutes remain steadfast in their resolve to provide reflective space for the dialogue of adult educators.

Our critical abilities may be limited by our hegemony, allowing us to improve educational practice only within the confines of what is intuitively acceptable, which undoubtedly is hegemony-based. Thus the formation and subsequent chances to critically test our evolving critical capacities with peers, research and literature can push the bounds of our own experience. We must continue to expose our practice to critical self-reflection and balanced outside critique.

It is through the creation of such a community of critical dynamic champions and teachers that developmental, learning-centred and emancipatory institutions can survive and that ‘intelligent participation’ can take place.

Workplace as a Site for Emancipatory Learning

As mentioned in the previous section, a necessary ingredient for formation of workplaces as sites for emancipatory learning is a critical formation of the leaders of the lifeworld within the system and its workplaces.  We see this same philosophy when Mechthild Hart talks of motherwork.  As a precursor to the valuing of motherwork, Hart requires “becoming aware of the extreme separation of production and consumption and asking not only about who produces our daily consumption goods, but also where they are produced, and under what conditions.” (Hart, p204)

Hart, like Welton, makes an impassioned argument that society, and especially educational programmes, should set new priorities where “the work of producing commodities for the market [is]… secondary.” (Hart, p205)

As important as it is for adult educators to continuously evolve in their thoughts and actions, so is it for all leaders in the lifeworld dialogue. This requires communication with others involved in lifeworld dialogue in the broadest sense. It is through the reinforcing of a critical stance, through opportunities for frequent, meaningful, open communication with all cultural workers that an education that engages and provokes adults to challenge existing views can exist.  As cultural workers, adult educators would be allied with workers in “cinema, theatre, television, advertising, architecture, public health forums, print journalism, popular music, story-telling festivals and religious study and ritual.” (Simon, p42) Those in the system who still have ‘lifeworld’ tenancies must be nurtured and given non-oppressive opportunities for critical reflection and dialogue. This is the best chance we have to effect change in the institutions of the system.

Some critically minded proponents have a less than trustful feeling toward computer technology. Welton does not hold these same trepidations. This technology is very important for the continuation of lifeworld ideals. We have never before had widespread cheap, instant communication available to like-minded peoples and if tapped, this could provide an important tool in communication, education, leadership and databasing capability to maintenance of the lifeworld. The recent attempts by government to introduce encoding, under the guise of increasing security of transactions and payment arrangements on the internet, is a huge threat to the open communication available with this technology.  This must be fought vigorously in defense of the lifeworld.

Michael R. Welton wrote In Defense of the Lifeworld: Critical Perspectives on Adult Learning when he was Professor of Education at Dalhousie University. He has also written Knowledge for the People: The Struggle for Adult Learning in English Speaking Canada, 1828-1973; Toward Development Work: The Workplace as a Learning Environment; and Educating for a Brighter New Day: Women’s Organizations as Learning Sites.

This is the fourth in a series of blogs that looks at the underpinnings of education and the thought leaders who have helped to inform our educational evolution.