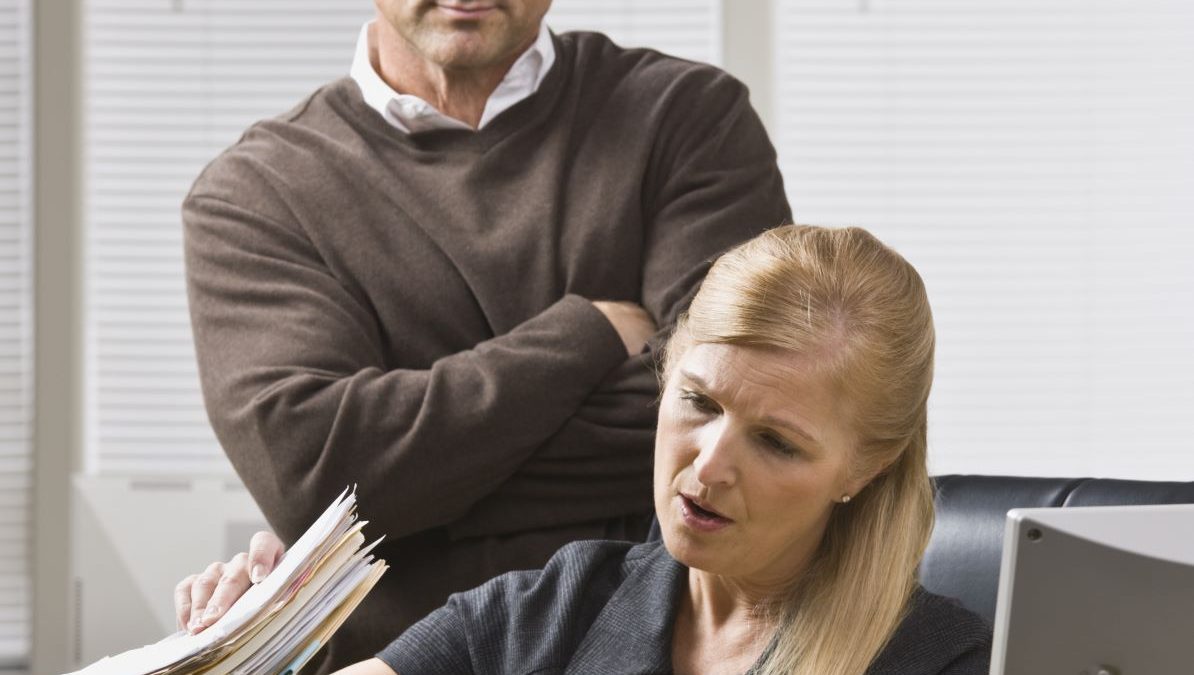 How Your Micromanaging is Hurting You and Your Business

There’s a meme that says: “I hire professional staff, then micromanage them until they walk out the door.”

This illustrates the negative impact that micromanaging can have on a business. And it’s only one of the many damaging outcomes that this type of controlling behaviour can result in.

Micromanagers are the bosses who manage with excessive control or attention to details. What they may not realize is the detrimental effect that their actions can have on their business. Studies have shown that micromanaging can cause employee performance to suffer, it hinders creativity and productivity, and it’s a barrier to success.

Micromanaging adversely affects employees, the micromanagers themselves, and ultimately, the business.

As the meme noted, one of the major drawbacks of micromanaging is that it can cause employees to leave.

For the employee, this begins with feeling frustrated and disengaged, and fearing reprimands from the boss.

The lack of autonomy causes them to lose the desire to do any work beyond the bare minimum. And, there’s no incentive to improve their skills. When employees don’t have to think for themselves, they don’t develop critical thinking skills. All of this squashes their creative spirit and demolishes innovation, which in turn stalls progress.

Another tongue-in-cheek meme says: “Please keep micromanaging me, I wouldn’t know what to do otherwise.”

Micromanaging also signals to employees that they aren’t trusted to perform tasks on their own or meet expectations, and this erodes confidence in their own capabilities. Staff become dependent on the manager and lack initiative. This is a recipe for disaster, and it doesn’t lead to success for the employees or the organization.

“Trust is a core currency of any relationship. Sometimes our need to control and micromanage everything erodes our confidence in ourselves and others. The truth: People are much more capable than we think. A hearty dose of trust is often what’s needed to unlock the magic. Go ahead, have faith,” said Kris Carr, wellness activist, author and cancer survivor.

“The best executive is the one who has sense enough to pick good men to do what he wants done, and self-restraint enough to keep from meddling with them while they do it,” said Theodore Roosevelt, 26th president of the United States.

For the controlling boss, the constant monitoring of the employees and involvement in every task can take its toll as well. It becomes impossible to keep track of every detail, and instead of a task being done to the micromanager’s standards, it can actually cause more errors because employees don’t feel the need to do anything well.

All of the extra time and effort that the micromanager expends can also result in health issues as they end up being overworked and ineffective because they’re doing too many tasks themselves.

“Team members need to feel trusted and valued, and micromanaging communicates the opposite. Founders who are prone to manage every detail of their businesses will ultimately kill themselves as well as lose the support of team members. Learn to delegate key tasks and give credit,” said Martin Zwilling, an American business executive, entrepreneur, author, and the founder and CEO of Startup Professionals, which provides services to start-up founders across the globe.

“Micromanaging erodes people’s confidence, making them overly dependent on their leaders. Well-meaning leaders inadvertently sabotage their teams by rushing to the rescue and offering too much help. A leader needs to balance assistance with wu wei, backing off long enough to let people learn from their mistakes and develop competence,” said Diane Dreher, best-selling author, professor, and positive psychology coach.

When a manager is focused on small issues that can often be resolved without their involvement, they can also overlook doing other things that could have a more meaningful impact on the company.

Can lead to company’s downfall

For a company, the ramifications of this controlling behavior can ultimately result in the demise of the company.

Demotivation leads to staff turnover. And when that happens, the time spent training that person is lost, their knowledge is lost (and gained by a competitor) and time must be spent training a new person. The constant training and retraining causes momentum to be lost as the focus is on hiring and training instead of improving products or services. This in turn affects profits and destroys morale.

All of these things can eventually lead to the failure of the entire business because of the high staff turnover, not retaining talented employees, low productivity, and lack of creativity and innovation.

The good news is that once a micromanager understands that this style of management isn’t conducive to a happy, productive and successful workplace, there are steps that can be taken, and these Velsoft courses can help:

Delegation: The Art of Delegating Effectively: This course teaches supervisors and managers the skills they need to effectively delegate and ultimately, accomplish more. It addresses when to delegate and to whom, the process of assigning work to others, and techniques used to overcome problems.

Employee Accountability: Participants will learn what employee accountability is, how to promote it in their organization, and how to become more accountable to themselves and others, including the skills required for accountability such as goal setting, giving and receiving feedback, and delegation.

From Boss to Leader: Being in charge of a department or a company does not automatically make someone a leader. Becoming a good leader involves nurturing and inspiring your team while using emotional intelligence, communicating clearly, providing effective feedback, and giving them confidence to do their jobs well.

The Professional Supervisor: Professional Supervisor Skills is ideal for newly promoted or aspiring supervisors who are motivated to succeed and excel in their new role. Participants learn the difference between managing and leading, how to deal with challenges, effective prioritization, professional communication habits, and team motivation. They will also develop skills on providing useful feedback and empowering their team to grow and flourish.